I’m not going to get into this topic of alcohol versus drugs as far as classification.  At least not yet.

I just wanted to do a little self promotion.  My book, Try to Control Yourself: The Regulation of Drinking in Post-Prohibition Ontario, 1927-1944  has just been released. 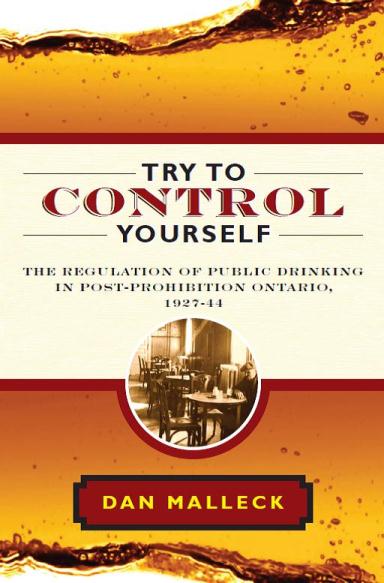 The best place to order it is directly from UBC Press. It will eventually also be available on Google books, but not on Apple’s iBooks or Amazon’s Kindle because they demanded deep discounts in the price, and the press can’t afford that.  Academic publishing is not a for-profit endeavour–it is highly subsidized–so for private companies to expect deep discounts is a little offensive.  Google, meanwhile, did not make any such demands.

You can also order it through several online sources, such as Chapters/Indigo.

Note, a less expensive soft cover version will be coming out near the end of this year.

Medical historian and jack-of-all-trades curmudgeon. I tend to ramble about politics, social incivility, and a self-centred culture more interested in buying the next cool ringtone or device than actively engaging in the sorts of discussions and issues that matter. The more opportunity we have to buy more stuff, the less concern there is, it seems, in politics, social justice and let's face it, basic human decency, unless those things actually can save us money or get us more things to show how awesome we are through displaying our material wealth. And I like to brew beer, make cheese, and put food in jars. View all posts by danmalleck